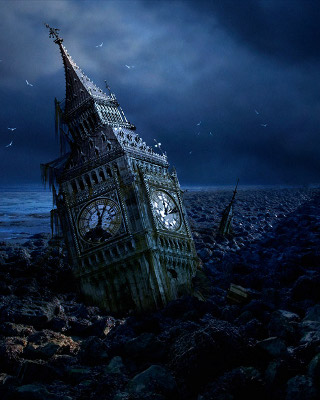 This is a future history of England over the Twenty-First Century and into the next. It is a multi-threaded narrative that travels from place-to-place, succeeds from year-to-year, and passes from one person to another. England's green and pleasant land is visited by famine, plague, war and pestilence. Governments come and go. The ocean levels inexorably rise. International relations worsen. And the English people stumble through the chaos as best they can.

Alex makes a successful career in the media and stumbles through a trail of unsuccessful relationships. Iris endures a decade of authoritarian government. Lindiwe relies on the generosity of a nation made less kind. Tamara follows the Second Diaspora. Olive discovers that however hard she falls, there is still further to go. But however bad it gets, fortunes will still be made and power wielded by businessmen, politicians and aristocrats.  Who said there was No Future?